I strongly feel the need to contact you. You see, we had our dog, Doohan,put down last week. He was almost 16 years old and just could not go on anymore.

You probably don’t remember us, but we came to you late in 1998 with our boisterous little Labrador puppy who was ripe for all the lessons in good behaviour. Luckily for us, you had just got a puppy yourself, Kyle, so you decided to run a puppy class. Kyle and Doohan were the same age so it suited us perfectly.

It wasn’t long before we learnt that dog training was as much about teaching us how to train our dog as it was about training our dog. We stayed with you training Doohan for well over 2 years through the birth of our 2 children. We went from your backyard in Croydon to Dixons Creek and then to Norwood in Ringwood. As we progressed, Doohan became the most amazing,well-behaved dog. Everyone would comment when I walked him along the river in Warrandyte just how amazing it was that I could recall him without even seeing him and he would come running through the bush towards me. He would sit or drop until released. He didn’t even eat his food until the command was given – which for a Lab is truly amazing!!

I continued to train Doohan in the manner in which you taught us until about 3 years ago. He started to go deaf and blind and I just figured there was little point. He lived the last few years in a slightly more relaxed manner but at that age could do no real harm.

I just wanted to thank you for your incredible magic, insights and dog whispering tips. Without them we wouldn’t have enjoyed Doohan nearly as much a we did. I have recommended you to many people when they have trouble training their dogs. I hope to be back with you again one day when we take on our next furry bundle.

It is with regret that I write these few words. Regret that you are no longer working with us as our obedience trainer at HM Prison Dhurringile.

Let us wind the clock back several years.

We received our first two greyhounds in September 2007 as part of the Prison Pet Partnership (PPP). You arrived one week later to start the obedience training. Prior to your arrival, we were told you were a professional dog trainer and one of only a handful that were able to make it a full time profession. After that very first training session, I had prisoners approach me stating that they had attended obedience classes with their own dog/s for many years and what they had learned on that first training session had more impact on them than what they had received at previous training sessions at their local obedience clubs.

You were able to build rapport with the prisoners immediately, something that is not easily achieved in an environment such as this. Prisoners will generally see through any weakness and work it to their advantage. To my knowledge, the prisoners only had admiration for your stamina, perseverance and ability. Sometimes it was hard work when we had some prisoners on the program who were not 100% committed, but with your knowledge, experience and expertise we were still able to turn out compliant, well-adjusted greyhounds within the six-week timeframe.

As you are aware, I have been involved in the Prison Pet Partnership since its inception and people like you have certainly made my job easy. I love working with people who are passionate in what they do and you are a prime example of someone who is passionate in their vocation. Working with prisoners is not an easy task however, you had them savouring every word you spoke. Both prisoners, staff involved with the PPP and I hold you in very high regard, and you have left some very big boots to fill.

It has been a pleasure to work with you over the last three years. I will miss our conversations and watching Phoenix patiently waiting on the sidelines for your attention. You are living proof of what one can achieve when one sets their mind to a task.

Thankyou for all the work and effort you have poured into this program. Without your input, I am convinced we would not be celebrating the successes we have encountered thus far. We have achieved a milestone of one hundred greyhounds passing through the doors at HM Prison Dhurringile. We may never have achieved this milestone without your dedication, perseverance and love of the job. We have certainly had some fun along the way.

Michael, may I wish you and your business all the success that comes your way. You deserve it. ” 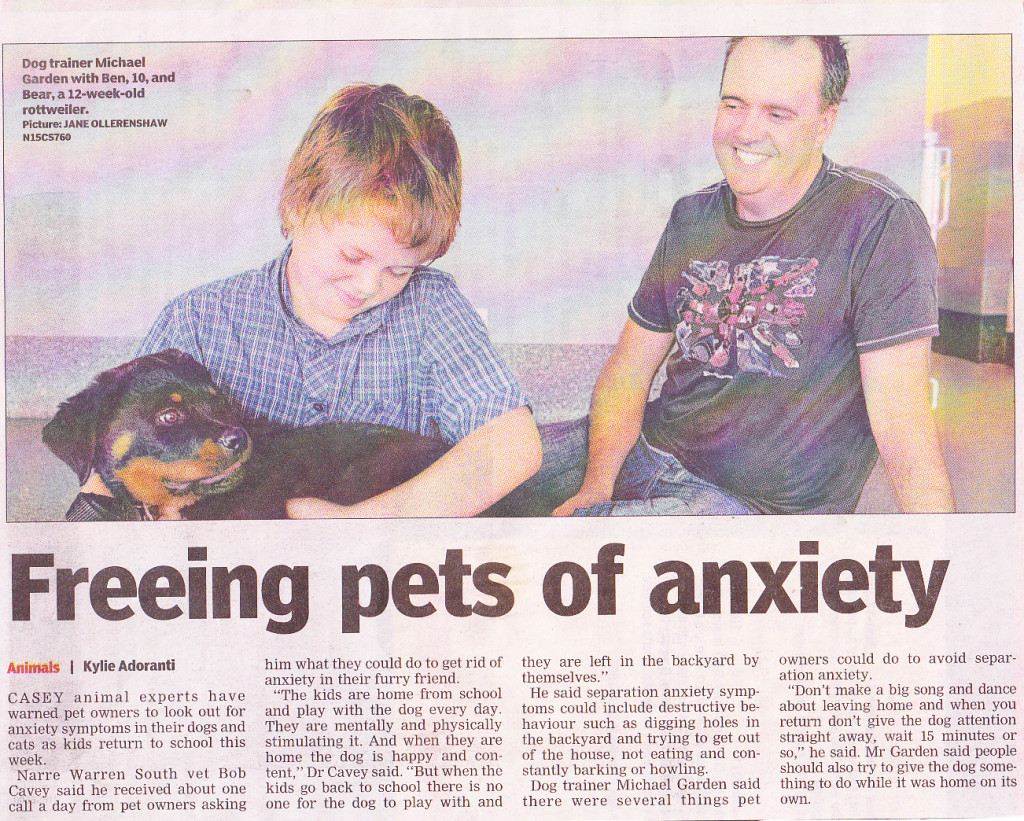 Eastern Companion has honestly made a massive difference to our lives. We have taken our Rottweiler there regularly for two and a half years, since she was only 12 weeks old. Michael, the trainer, has so much knowledge to draw on (as do the other trainers who also attend the sessions), and its a friendly and family-oriented … place, with a whole range of dogs (large and small). The approach is all-rounded, designed to prepare the dog for the sorts of situations the dog has to cope with in everyday life. Training includes things like socialisation, where we teach the dog to respond appropriately to objects like vacuum cleaners, motorbikes, skateboards, brooms, other dogs, and even thunder. Then theres also a lot of equipment for the dog to develop confidence with (bridges, barrels, jumps etc.). The obedience training itself is designed for a whole range of circumstances: in the park, at home, at the shops, amid traffic, crossing roads and so on. And, if you have any issues at all with your dog (like barking or jumping up or anything else that youre concerned about, such as behaviour with other dogs), then Michael and the trainers are also able to give personalised attention. As we hadnt had a dog since we were kids, we found our dog quite challenging at the start, and didnt really know what we were doing, so we were really pleased to find somewhere like Eastern Companion.

We contacted Michael after speaking to a few different dog trainers and hitting dead ends along the way. Michael was straight forward and very receptive of our questions which was very refreshing. When Michael came to our home, his straight talking, no nonsense manner extended to the way he dealt with our dogs. After discussion and observation of the issues, Michael was able to recommend courses of action and how to execute them. However what we found most helpful and interesting was the explanation that Michael gave for each of the behaviours. He seemed to be acutely aware of what was causing our situation and was able to explain it so that we could also recognise it. What was even better was that it worked! After only a couple of days of training we noticed a difference! We couldn’t have been happier.

We found Michael a pleasure to deal with as he was friendly, to the point, thorough and extremely helpful. We have, and will continue, to recommend him to our friends and family.

Good luck with all your dog training!

Thank you again for your help!”